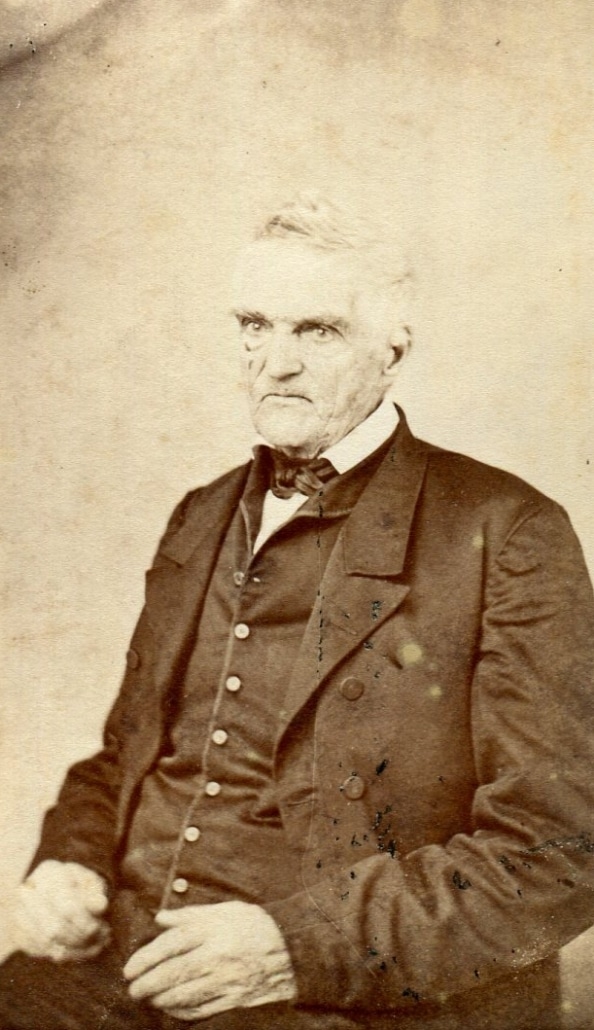 Local historians are dependent upon a certain amount of luck. The stories we tell draw from a variety of sources. In Gaines, nearly all official town documents went up in flames in 1910. It was a tremendous stroke of bad luck; because of that, we have almost no town paperwork from the 19th century. On the other hand, the internet is a fantastic tool for local history; without having to travel, one can access all sorts of things like cemetery records, genealogies, scanned newspapers and books. Sometimes, the researcher stumbles upon nuggets of information that lead to additional questions.

The nugget that spurred this story was a Wikipedia article that mentioned Robert Anderson as a candidate for Lieutenant Governor of New York under the Liberty Party in 1848. Robert J. Anderson (1787-1873) happens to be an ancestor of my family, but he was also a well-known figure in Gaines in the early 19th century. The family lore that has been handed down is that the Andersons, who lived on Ridge Road, harbored fugitive slaves. I was curious to learn if our Robert Anderson ran for state office on a third party ticket. In 1848, the platform of the Liberty Party was primarily abolitionist, but they were on the fringes of the debate. More mainstream anti-slavery stances at the time focused on the political ramifications of abolishing slavery. For the Liberty Party, the issue was black and white; slavery was evil and needed to end.

I had no luck tracking down the origins of the Liberty Party candidate in the newspapers of the day. The Oneida Morning Herald reported that the Liberty League and National Reform party held a convention at Canastota, NY on Sept. 28, 1848. The article enumerated who the officers and speakers were, and what county each came from. In the following paragraph, the candidates for the national and state elections were listed, including Robert Anderson, without a single mention as to where they hailed from. In 1848, the Orleans Republican was completely consumed with national politics, barely mentioning state or local elections. The issue of the day was slavery, about whether new states should allow slavery, and if it should be a federal decision.

Resolved that we will not fellowship as Christians with either the slave holder or his apologist or supporter.

Believing the making, handling and use of alcoholic liquors as a beverage to be a sin therefore

Resolved that we will not fellowship as Christians or support in office any who are engaged in this work of death.”

It seems Robert was a man of high ideals. From 1839-1843, he turns up each year in the the annual meeting minutes for the church, often serving as chairman. He felt so strongly about abolition he left the church he had given his time to, and where he had most likely been a long time member. That must have been a difficult decision, not lightly made. Of course, we have no records of the Andersons harboring fugitive slaves, as illicit activities are generally undocumented. But if that household was willing to disregard the law in order to help runaway slaves, then the Liberty Party would have been quite appealing.

The Liberty Party was largely based in Central New York, around Syracuse. Although he lived more than 100 miles away from the hub of New York State’s abolitionist movement, Robert had the credentials to run for state office. He was an early settler, arriving in Gaines from Ira, VT in 1816. After taking a year to upgrade from a log cabin to a frame house, he quickly became involved in local politics at the town, county and state levels. He was appointed Justice for both the town and county between 1817 and 1824. He was elected the Town of Gaines Supervisor each year from 1818 to 1825, and served as the first Chairman of the Board of Supervisors for Orleans County. In 1822, he served a term in the New York State legislature.

In the election of 1848, the Liberty Party did not secure any positions at the national or state levels. The Liberty candidates at the state level garnered about .33% of the vote. While Orleans County voting records go back to the 1820’s, the records for 1848 are missing. Luckily, the Orleans Republican published those results. Robert Anderson received about .8% of the vote in Orleans County. His strongest support was seen in the 11 votes in Gaines, followed by 8 in Barre, District Three, and 6 from Ridgeway, District One. It’s possible the 42 votes from Orleans County do not represent his relations and friends; they might simply reveal a pocket of staunch abolitionists.

In the Pioneer History of Orleans County, we find this written of Robert: “Judge Anderson was never ambitious to hold public offices, generally taking office only when it was offered him without his asking, and resigning the first proper opportunity.” If what Arad Thomas said of Robert’s character was true, then we today are more impressed with the prospect of his bid for state office than he would have been. All the evidence suggests that the Robert Anderson on the ballot lived in Gaines, but it is unfortunately, ultimately circumstantial. Perhaps someday in the future, a scrap of information that definitively proves Robert J. Anderson ran for lieutenant governor in 1848 will turn up out of the blue.